1. One Thing We Can Know

2. North to Alaska: Prologue and Chapter 1 – Life Out Here

When has your life taken a dramatic turn?

The Alabama air was uncommonly cool, the trees still bare. We played on the back patio, bundled in sweatshirts. Abigail rode the plastic horse and Izaak rested in my lap. I held my phone, anxious. Our family had geared up all winter for a springtime deployment to Kuwait, and now things were changing. I waited for news. Any news.

A few days earlier, Zach had returned home with a rumor.

“The base is called Eielson,” Zach said. Approximately two-thousand or so residents. It was probably negative one-hundred million degrees when I checked the weather there that evening.

I watched the yellowed grass and began mentally to move to North Pole  – a living snow globe of year-round Christmas and January (according to Montana) weather. I know subzero weather. It’s been a while, but I know it. Heck, I experienced Butte, America during the Winter of ‘96, the winter by which I measure all winters. Surely I could survive negative forty degrees in the town where all those letters to Santa end up. As for the darkness, well, I had heard an NPR report on folks in Norway who had learned to embrace the Winter Solstice. “You have to switch your mindset,” was their message. I could do that, right?

And just as swiftly as the idea of North Pole settled on my heart, our trajectory changed. “It’s Anchorage. Elmendorf Air Force Base,” Zach said. We exhaled a shaky sort of relief, but like a good Air Force dependent, I held off on buying boots and down jackets. It wouldn’t do me any good to shop for cold weather only to end up in a place like Tucson, Arizona.

Izaak and I flew to Texas for a wedding; we promised the family we’d swing back through on our way to Alaska. They, too, were shocked to learn of our new assignment. The virus was wrecking havoc in Washington State. All throughout Texas, large gatherings were banned until further notice; my friend’s wedding barely made the cut-off. HEB was jam-packed and bought-out. I worried our flight would get cancelled. The airport was empty and smelled of Lysol. I’d never felt so clean flying.

We returned to a lockdown, and in the midst of the international drama, Zach asked, “how do you feel about moving ourselves?”

Yes. Please! Such a diversion was warmly embraced.

As the Great Pandemic hit Alabama, I was buying moving supplies and meticulously reorganizing tubs of popsicle sticks, ribbon, and buttons for various craft projects yet to materialize. The house filled with boxes. They lined the walls and cluttered the corners, empty vessels I stuffed full of pillows and pictures and knickknacks, a day-by-day process which drained our walls and surroundings of any semblance of home. It was moving season again, and it thrilled me.

That we would drive north to Alaska was never a question. With arrangements for the FJ to ship out of Atlanta, I began to mentally pack our minivan. Two children. Two dogs.

Weeks of phone calls to shipping companies and long afternoons of crunching big numbers lead me to say one night, “how do you feel about renting a U-Haul?”

“Absolutely not,” was Zach’s reply. He pictured all those hotel parking lots whose angular corners make parking 26-foot rigs a bit of a pickle. He pictured all those inner-city alleys where thieves wait for twilight to cut your lock. We checked the map again. “No, I am not driving a U-Haul from Alabama to Alaska.” He was set on loading our household goods into some sort of shipping crate and sending it off across the rocky and watery miles to Port Anchorage.

For the control-freak, packing her own home is the stuff of dreams. Personally driving it across the continent to our new duty station? Cue the angel choir. Not to mention the price was pretty dang right.

“Everything about this move is so unknown. This will be at least one thing we can know,” I told him.

Daily, infection rates rose. Two weeks of lockdown morphed into two more, and another two more. The world outside our walls was quiet. Everyone had retreated indoors to conduct conference calls, church, and report the news. WSFA displayed hourly statistics which scrolled across the television screen on a red banner. They changed the banner color to the much more pleasant hue of  blue, but still played that weird classical music. The whole thing felt like some strange apocalyptic movie. Zach started working from home. The rules changed everyday. Our permanent change of station fell into a holding pattern. The seaside city of Anchorage faded to a hazy mirage. 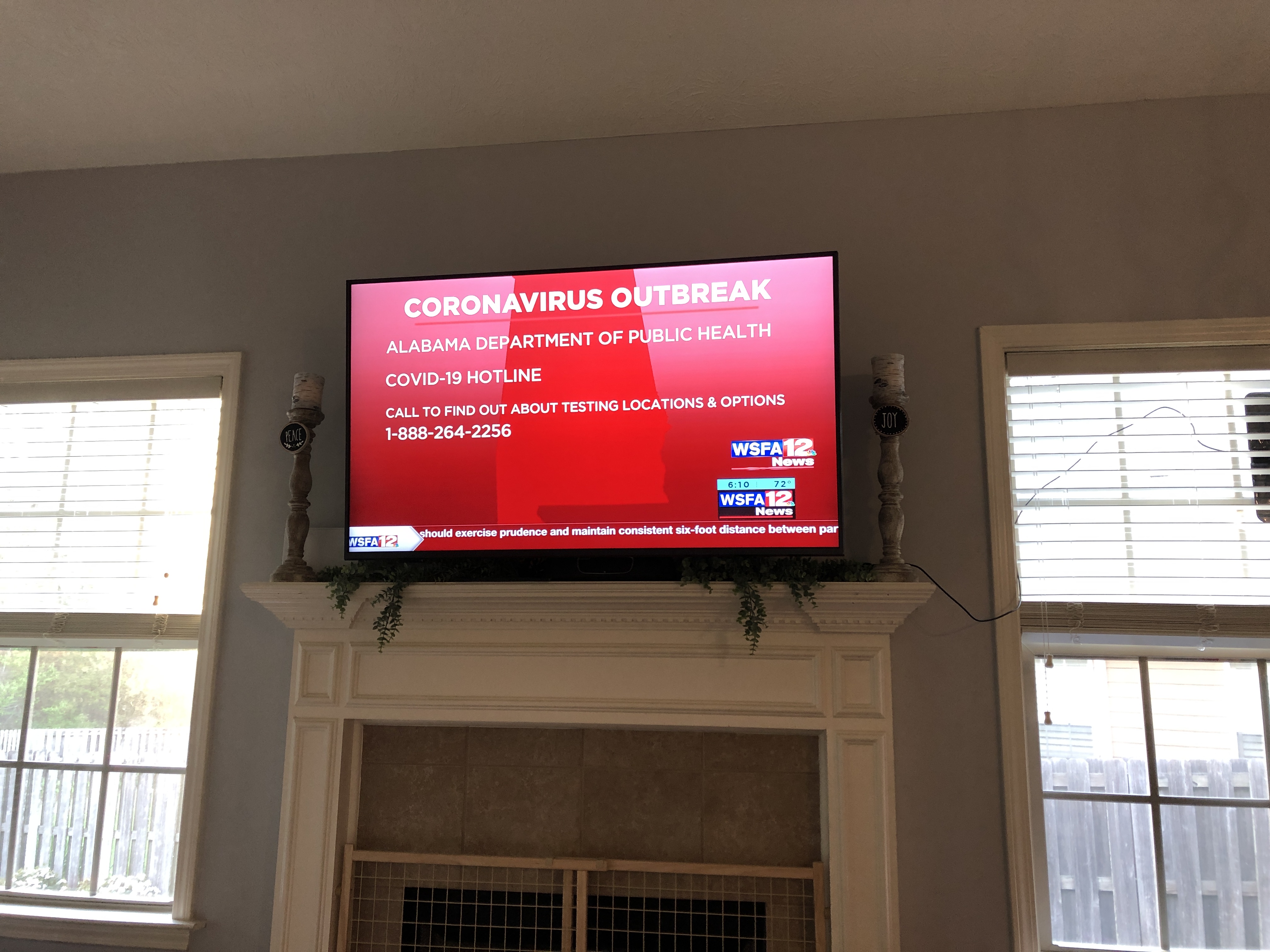