How are you superstitious?

I have travelled the highways and backroads between Alabama and Montana enough times to regard that patchwork Midwestern route as yet another home street, its road signs and roadside attractions more like memorabilia than mile markers. It was day two, and we rose early to climb out of Arkansas and through the Missouri Ozarks.

Sometimes the sky above was a river, narrow and winding as the highway; sometimes, at the crest of a rise in the road,  it was miles of white-hot haze, buzzing over rolling woodlands. In West Plains, I  tipped my hat to Porter. I wished to detour to Branson. I longed to pay homage to Laura in Mansfield, to again walk the grounds of Rocky Ridge Farm, to share that with Zach.

Then, I remembered the time I dragged Zach to the Mexican restaurant my family had long-ago discovered on a Colorado road trip. “I’ve always wanted to find it again.” I told him about the flag you raise if you need more chips  or Coke. Actors jump into deep pools of water. A cold cave holds hidden bandits. But with someone to impress – and someone only connected to my childhood memories in the retelling of them –  my mecca was suddenly a kitschy tourist trap selling subpar Tex-Mex.

I envisioned residential streets, small parking lots packed with out-of-state cars, the UHaul parked precariously,  the cavernous parlor of enclosed treasures. How many times can you see old manuscripts or an out-of-tune fiddle?

The distance between Prattville and Anchorage is approximately the same  distance as it is from Montgomery to Paris, and so the answer is this: you can never see Pa’s fiddle too many times.

“Oh, but it might be closed. COVID,” I said. And with only thirteen travel days allotted, we had no time to stop at the hundreds of places I needed to see again. Springfield. My great-grandma’s stone-built house on Route 66. Pizza Glen.

Except that my grandma Sarah’s house is just off the highway in Clinton. “You can keep going,” I told Zach. “But I have to stop.” It would break my heart, but I needed to see it. The house was run down. There was a “posted” sign on the parlor window. Her garden was gone. 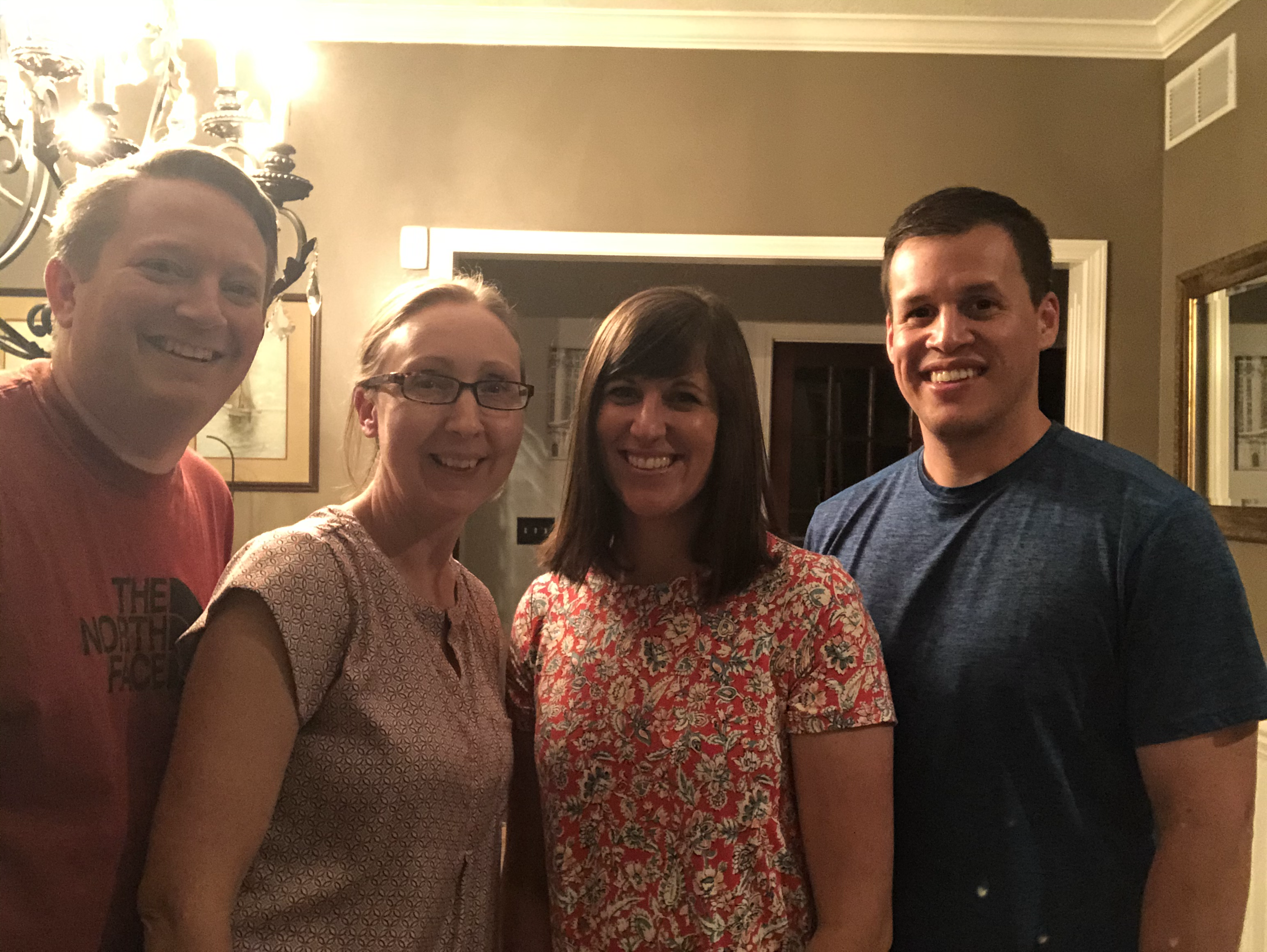 That night, we gathered at my cousin Kathleen’s house in Kansas City where we talked about old times and life with kids over plates of hot pizza. My aunt and uncle had driven from Warrensburg to see us. It had been eight years. I memorized how it was to say goodbye to them, and later journalled everything I could recall of our day and our visit. We slept soundly, except for that nagging worry I had postponed as long as possible: driving the UHaul. The largest UHaul they rent, through morning-hour [Kansas City] traffic.

“I have good news,” Zach told me. “We can take leave en route now.” I cried. My mom cried. We changed our trajectory from Sweetgrass to Kalispell, Montana, eager to see family. The kids! But I quietly ate my McDonald’s breakfast sandwich on the grated steps of the UHaul. Wide turns. Slow and steady speeds. Both hands on the wheel. It’s like driving a stick-shift, Kathleen. You’ll be fine if you can make it to the interstate.

Zach showed me how to charge my phone with the cigarette lighter and that the whiskey barrel was really a makeshift arm rest. A gentle turn of the key woke the engine. The cab rumbled. I took my first wide turn out of the LaQuinta parking lot and anticipated Zach’s next turn like fans lean on the edge of plastic stadium chairs for the three car crash at Talladega Superspeedway. White-knuckled, I merged into interstate traffic, but only because it’s not easy to steer 12,000 pounds worth of stuff onto Interstate 29. I had been having the time of my life since we pulled out of the hotel parking lot.

Back in elementary school, we used to play a computer game in which you were the trucker and it was your job to transfer whatever product you carried across the country on time. Some people dream of Nascar stardom or Broadway; I used to want to be a trucker.

No dogs. No navigational duties. And UHaul is not lying when they call it a “gentle-ride van.” I listened to a podcast and watched Missouri morph into the shimmering corn stalks of Iowa. I called my grandma. Being a Iowan herself, and naturally vicarious where road trips are involved, she found our location on her atlas. Iowa became South Dakota and somewhere southeast of Vermillion, I watched a fast-moving storm transpire out of the clear blue day.

“We’re headed straight for it,” I told Zach, and when the world was a white swirl of rain and thunder, we pulled over. Hail peppered the windshield. Wind pushed the truck, pummeled lush grass – that must have been four-feet tall – like it had whitecapped the Mississippi.

“Maybe if we keep going, we’ll drive out of it.” Maybe the storm was a long scarf flying west to east.

The world brightened as the storm barreled off into emerald fields which a low rainbow illuminated. Signs for Sioux Falls popped up.

I really think I could live in Sioux Falls for the rest of my life. There, daylight lingered as fireworks glittered on the pink skies. A chalk colored moon crested over fields of soft wheat. We rested and mentally prepared tomorrow, for the leg of the journey was 553 miles long.